People will move mountains for their faith. It has been evident over the centuries where nations go to war to protect their faith or to conquer other nations. Many countries still have that obsession over religion today, especially in the Muslim faith. Their faith and loyalty to their religion can go to extreme lengths – even give up their lives for their religious beliefs. 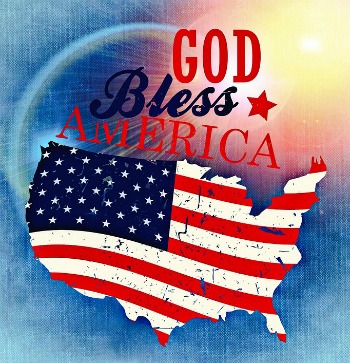 Meanwhile, religion is struggling in modern-day America. People still profess their faith – especially the Christians that make up the majority of the populace – but theirs lack the authenticity and the action that often goes hand in hand with true religion. In short, they say one thing but do something else. Now, with the political and the economic turmoil that the country faces, is religion still alive to save the Americans and keep everyone together until we all survive these dark times? Or perhaps, this growing nonchalance towards religion will finally open up the minds of conservative citizens to ease up and be more accepting of the LGBT community, for instance, among other sensitive issues we face.

Over the past decade, pollsters charted something remarkable: Americans—long known for their piety—were fleeing organized religion in increasing numbers. The vast majority still believed in God. But the share that rejected any religious affiliation was growing fast, rising from 6 percent in 1992 to 22 percent in 2014. Among Millennials, the figure was 35 percent.

Some observers predicted that this new secularism would ease cultural conflict, as the country settled into a near-consensus on issues such as gay marriage. After Barack Obama took office, a Center for American Progress report declared that “demographic change,” led by secular, tolerant young people, was “undermining the culture wars.” In 2015, the conservative writer David Brooks, noting Americans’ growing detachment from religious institutions, urged social conservatives to “put aside a culture war that has alienated large parts of three generations.”

Perhaps, we can even attribute the surprising win of Donald Trump to the rising secularism in the country.

That was naive. Secularism is indeed correlated with greater tolerance of gay marriage and pot legalization. But it’s also making America’s partisan clashes more brutal. And it has contributed to the rise of both Donald Trump and the so-called alt-right movement, whose members see themselves as proponents of white nationalism. As Americans have left organized religion, they haven’t stopped viewing politics as a struggle between “us” and “them.” Many have come to define us and them in even more primal and irreconcilable ways.

And if you just look around you, religion is not just a religion anymore. It has evolved from being the very essence of faith and salvation, religion has gone mainstream it is so obvious that it is surprising we haven’t realized it ages ago. The separation of the church and the state allows them to enjoy many benefits – most of it involves tax breaks.

Our religious groups are a creative bunch. They have invaded our school boards and forced religion into our textbooks in states like Texas, and they have been finding numerous ways to fight for things like school prayer for decades. However, one way in which religious groups have been able to push their ideology on our children that often goes unnoticed is currently happening inside our charter schools.

In 2013, The New York Times ran a story about a Texas woman named Latisha Andrews. She had attempted to run a private school out of a church for some time but eventually lacked the funding necessary to continue. What did she do? She did what so many Americans have done in recent years; she asked Uncle Sam to foot the bill. As the story notes, there are many charter schools in Texas that operate inside churches. So much for the separation of church and state.

It also changed the way people view previous controversial issues like LGBT. The LGBT community is now widely accepted and only a handful of conservatives still oppose gay rights and relationships.

The irony of my message is not lost on me. As surprising as all of this will sound to fellow conservatives — and as cynical as all of this might sound to the LGBT community coming from me — it is time for those of us who cherish religious freedom to stop, yes stop, opposing gender equality. This is no trade-off, no compromise nor quid pro quo. Neither is it unilateral surrender. It is neutrality and it is wisdom.

Unfortunately, Carlston unwisely conflates the LDS Church and its members’ behavior. Nevertheless, we can save the spirit of her message. To effectively defend religious freedom, religion can choose (and should choose) to stop opposing gender equality. It should “render unto Caesar” and get out of public policy negotiations and litigation. Religion cannot with credibility commiserate with the LGBT community and then turn around and condemn private, sexual behavior over the pulpit. Though scheming lawyers and political operatives may disagree, religious institutions, for good reasons, should not engage in disingenuous political posturing with the LGBT community to protect religious freedom.

And it makes perfect sense too even to non-believers. We should stop condemning others because of their faith or the lack of it because it is not the basis of their character.

The answer lies in all of us. Do you see religion as something that truly reflects your spiritual beliefs or is it just a front that you can use as an excuse or as a savior when the times call for it? Americans are struggling to find this balance in our now-chaotic and technology driven world. There is conflict everywhere. Perhaps we should call for true religion and faith to help everyone navigate these dark times in unity and full of love for one another regardless of their chosen religions.

The following blog article Is Christianity Still Alive In America? is available on https://www.keatingeconomics.com 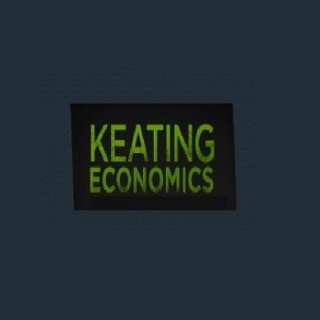 Business, tech and economics - everything that makes the modern world go round.